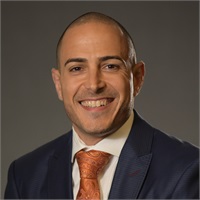 George Siderias began his career with Certified Financial Services (CFS) as a Field Representative in 2004. He later became a Managing Director at CFS. He held this position for three years, at which time he left to pursue an entrepreneurial opportunity in one of his personal passions: mixed martial arts. From 2007 to 2011 he owned, developed and managed one of the most profitable Tiger Schulmann’s franchises in the country.

In 2011, after a bout with a life-threatening illness, George returned to his career at CFS where he has turned his passion for helping students reach their martial arts goals into a passion for helping clients meet their financial goals. Focusing on personal planning, business planning and employee benefits, he works with a proprietary tool, The Living Balance Sheet®, to comprehensively educate and strategize with his clients on the most beneficial plan for their situations.

Within a year of rejoining CFS, he was selected for the Guardian Leadership Institute. George has also received the Client Builder Award, the Platinum Presidential Citation Award and achieved Leaders Club.

George’s passion for helping others extends to the community, where he co-chairs the annual American Cancer Society Northern New Jersey golf outing. He is also the chairman of the Paramus Chamber of Commerce and President of the Education Foundation of Paramus.

George, his wife, Amanda and baby girl, Brooklyn, reside in Bergen County, NJ where he enjoys spending time outdoors at the Jersey Shore and indoors as an active cross fitter.