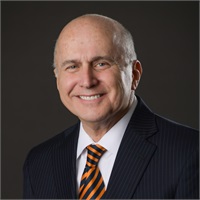 Jeff Slevin is an Associate General Agent and the Executive Vice President of Training at Certified Financial Services, LLC. He began his career at Connecticut General Life Insurance, which later became CIGNA, in 1981. He joined Guardian in 1989 and in 1993, Jeff was appointed Sales Manager. He has lectured across the country and has appeared at Top of the Table.

In addition to his individual practice, Jeff guides CFS Associates towards identifying a clear vision for their career paths. He also coaches and partners with them on introducing business owners to Wealth Steps, a company-sponsored wellness program. Jeff finds that Wealth Steps is an efficient way to bring financial literacy into the lives of many and make the public more aware of various financial planning misconceptions of effectively planning and saving for the future.

Jeff is married to his wife, Debbie and together they have three children and one grandson. He enjoys golf, tennis, music and traveling.